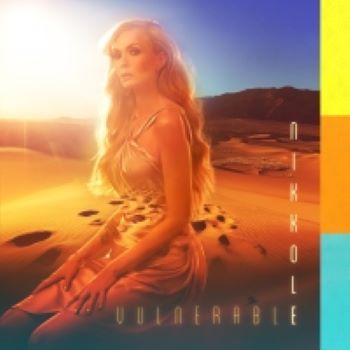 Right now, don’t know too much about US singer NIKKOLE (Hall) but we do know that her latest ‘Vulnerable’ album, (a double, by the way)  is turning some  heads on the US soul/R&B/pop scenes.

Our SJF sleuths have learned that Nikkole (she just uses that first name) is a Creole-American singer and songwriter who found US success with her 2014 album ‘Hallucinations. Much  earlier – 2008 to be precise – she figured in Cosmopolitan magazine’s top 10 predictions  for the “Next Female Rock Star” – wonder what went wrong?

So yes, maybe a bit of a false start and maybe ‘Vulnerable’ will rectify things – especially as this new long player has been produced by veteran soul man Leon Sylvers! Mr S and Nikkole have chosen ‘All Mine’ as the album’s lead off single and, sadly, I don’t think it’ll trouble the serious soul squad – it’s a light poppy dancer with some electro FX. The “explicit” remix at the end doesn’t really improve the track! There are a number of these light frothy confections sprinkled throughout the album. They mingle with some R&B flavoured beaters and a quartet of redundant “interludes”. However, persevere  and there are some decent “almost soul” cuts – things like ‘Lovin’ Me, Leavin’ Me’ and ‘Don’t Change  The Way You Are’.

Best cut by a mile is the most surprising – a cover of the Marvin Gaye-penned/Originals’ recorded   ‘We Can Make It If We Try’ (you might remember, the Originals’’ version was just called ‘We Can Make It Baby’). Helping Nikkole delver here is vocalist Leon Sylvers IV. You have to admire Nikkole for tackling this one and she does a decent, if “different” sort of job.

The problem here (or so it seems to me) is that Nikkole isn’t sure of what kind of singer she wants to be and at 23 tracks ‘Vulnerable’ is just too long. There’s a decent single album lurking here. If you’re intrigued, it’s out now via LA International Records.