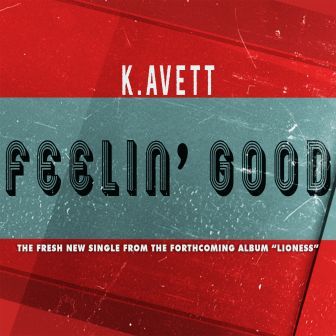 Back in 2016 we spotlighted Texan soulstress K.AVETT (pronounced “kay uh vet”) and her debut album ‘K.Avett: Revelations’ from which the single – the double A side ‘Show Me’/’Alone’ won plenty of support for its kind of Jill Scott meets Conya Doss jazzy/neo soul flavours.

Right now the singer is preparing for the release of her sophomore album, ‘Lioness’ from which the lead single ‘Feelin’ Good’ / ‘The Matter’ has just become available. ‘Feelin’ Good’ is lazy jazz-soul ramble very much in the mode of the aforementioned Jill Scott while ‘The Matter’ has a more complex, layered sound to it. Both, though, have a summery vibe – most welcome at this still chilly time of year!