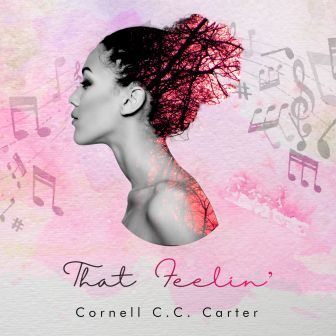 For the past few years San Francisco’s CORNELL CARTER (who sometimes just works using his initials “C.C.”) had made himself plenty of friends in the soul community. The one time top session singer (he’s worked with people like Ray Charles, James Brown, The Whispers, The Temptations, Natalie Cole, Kool and the Gang and most recently Narada Michael Walden) really took off with his long player ‘In The Moment’ from which a series of well-crafted singles and their remixes scaled the credible soul charts.

The good news is that CC is putting the finishing touches to a new album – ‘One Love’ – due June/July. Cornell says it’s his homage to the world of classic soul, R&B and jazz, but in the meantime there’s a new single on the way. ‘That Feelin” will be the album’s lead track and though it’s not officially available till April 27th, previews reveal a tasty, insistent modern soul beater. Cornell is in great vocal form (remember, the man has pedigree!) and the vibe and groove are bob on…. so they should be! The tune was co-written and produced by UK muso Morgan Howell, better known, of course, as ‘Soulpersona’…. and if anyone knows the modern soul groove, then it’s Morgan H! It’s all looking good for that new long player!