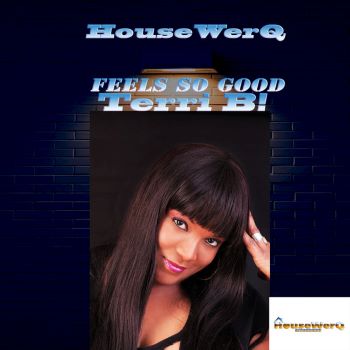 Anoraks knew that prior to the “Project”  Terri had an alter ego – TERRI B (the B stands for Bjerre, by the way); Terri B enjoyed notoriety as a top, top soulful house vocalist working with luminaries like David Guetta, the late Avicii, Cazzette, Dj Antoine, Bob Sinclair, and Roger Sanchez and for her latest single, Terri once again adopts the Terri B guise leading the attack on an energized soulful house confection, ‘Feels So Good’. The recording sees Terri teaming up with her old mentor (who she was connected to before she had even released music), Sir Charles Dixon while co-producer is  HouseWerQ Recording label boss Darrick Ricky Nelson.

It probably won’t surprise you to learn that long-time collaborator Toddi Reed is involved too. He offers his honking sax on some of the mixes – yes, you’re right ‘Feels So Good’ comes in the usual plethora of mixes but drop in on  any of ‘em and you’ll cop a great soulful house groove (with the emphasis of “Soulful” – the more so on the vocal mixes, of course)