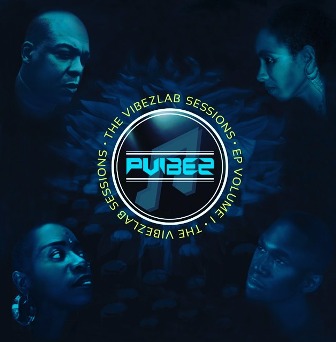 PVIBEZ is the musical alter ego of Paul Morgan – London born keyboard player and a multi-instrumentalist/songwriter/producer. Some might remember Paul from his time with 33 Records British Jazz fusion aces ‘The Shez Raja Collective’ back in 2006.

Paul has been enjoying a musical sabbatical for a while though his keyboard skills have been called into action by people like Tomi Jenkins (Cameo), Kwes (Warp Records producer) and Neo Soul artist Laurnea.

Seemingly reinvigorated, Mr Pvibez has just released his own EP – ‘The Vibezlab Sessions’. Focus cut is the beaty and spacey ‘Kosmic Lover’ with Eshe Escoffery on vocals. It kind of sets the tone for the mini album – cosmic and atmospheric and a mix of the conventional and the unusual.