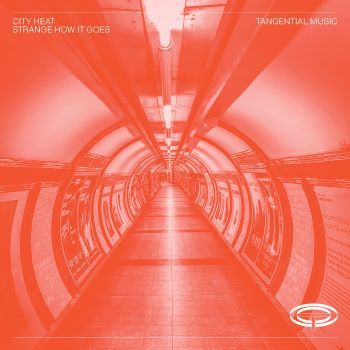 Back in 1988 a brother/sister duo made their debut onto the UK soul scene. They were Joanna and Simon Laws.  Born in Trinidad to an Anglican minister (father) and a classically trained professional musician (mother), the siblings knew from an early age that they wanted to be musicians and after relocating to the UK, they became CITY HEAT and signed with Chrysalis. However, after teaming up with producer, Ross Anderson their sound began to crystalise… a mix of US and UK soul, jazz and funk, hip hop and the Caribbean sound system culture. The pair issued a number of singles to critical acclaim but never quite broke through.

If you missed City Heat the first time around or indeed want to find out more RE:WARM records will be releasing a 6 track, vinyl  mini album of the band’s best while Tangential will offer the music digitally from May 6th..

Lead single is an ambient, laid back piece of downtempo soul, ‘Strange How It Goes’ with an atmospheric vocal from Ms Laws perfectly suited to her brother’s production. The other tracks include two mixes of ‘City Heat’ and the band’s best known outing, ‘London Child’.

Jazzie B was a big fan of City Heat  and he quickly recruited Simon as Soul II Soul’s keyboardist  and co-writer. Simon went on to remix Eric B & Rakim and write with his mentor and hero, EWF’s Maurice White amongst many projects but he also continued to record his own work and produce music with Joanna. Joanna’s own musical career included releases on US label Easy Street including her well-loved cover of  ‘First Time Ever I Saw Your Face’ (oft sampled) and two great albums with the Pressure Drop team and she’s  been releasing soul-drenched tunes up to this day.