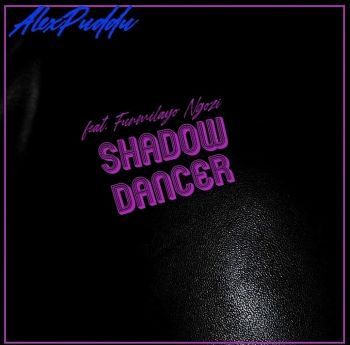 ALEX PUDDU is an Italian multi-instrumentalist who enjoyed success last year with a couple of fine modern soul tunes… ‘You Are My Fire’ and ‘Don’t Hold Back’. Both ticked all the required modern soul “quality” boxes, especially in the vocal department where Signor Puddu brought in Gene Robinson of Philly group, Breakwater to front the tunes. Both songs featured on Alex’s ‘Discotheque’ long player and now, we’re told, there’s a follow up album on the way. We believe that the collection will explore the nightlife of 1977-79 and early 80s of disco, jazz-funk, and adult oriented soul and pop music.

While we await the release, there are two singles from the album doing the rounds. First up there’s ‘Shadow Dancer’ – a laid back soulful affair with a steady 80’s vibe (think Atlantic Starr) and a sultry vocal from Funmilayo Ngozi – an award-winning, gospel recording artist from Atlanta, Georgia. Ms Ngozi sounds a lot like our own Lisa Stansfield!

The album’s other single, ‘Body Heat,’ is a little smoother but no less soulful. Like all the songs on the album it was recorded in South Florida and features blue-eyed soul singer Toby Ernest out front. Backing vocals, by the way, come courtesy of the aforementioned Gene Robinson.

Both ‘Body Heat’ and ‘Shadow Dancer’ are out now.