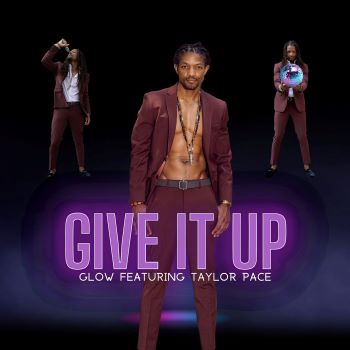 Latest release from GLOW – an acronym for GIFTED LEAGUE OF WRITERS – is an urgent, Quincy Jones-flavoured ‘Give It Up’. Written and produced by Dawn Mc Ghee along with co-producers, Freddie Washington and Norman Barrett, the track features “Ready” Freddie Washington on bass, alongside Kevin Toney on strings. In addition, the song has Andrew Stephen on keys, Jarriel Carter on horns, Victor Orlando on percussion and Cleon Edwards on drums. The vocal comes from  new bourgeoning artist, church reared Taylor Pace who on the evidence of ‘Give It Up’ has  a great career ahead of him!

GLOW; ‘Give It Up’ released 7th July.