FEEL THE FLAVOUR OF THE OLD SKOOL! 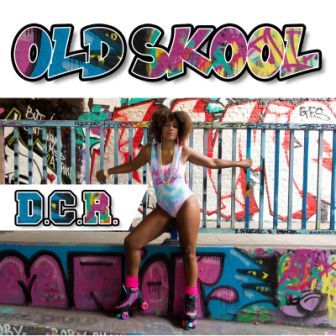 They say there’s no future in nostalgia …. but those who liked it when life was a little simpler and soul was, shall we just say, more groove-based, more irresistible and, yes, joyous may want to check out a new and totally infectious single from South-London Singer/Songwriter D.C.R. Yes, it’ll called ‘Old Skool’.

D.C.R. is the working name of Dawn Claudette Rose. Of Jamaican parentage and born in Manchester but raised in London, Dawn was always surrounded by music – the sounds of people like Gladys Knight, Whitney Houston, Bob Marley and Janet Jackson… all big influences on her, she says.

Earlier this year we loved her ‘Positive Vibes’ – a lovely, optimistic soul jam and this new ‘Old Skool’ offers more of the same infectious happy vibes! Dawn says the tune is an ode to her early days growing up as a teenager and draws inspiration from the era of New Jack Swing and produced by Michele Chiavarini. She says: “I really loved the 90s hip hop and new jack swing era, dancing at parties with Rampage Sound System and Boogie Bunch…it was great I got to channel the fun memories I used to have”.

Lyrically and musically, ‘Old Skool’ is spot on… so too is the cover pic!