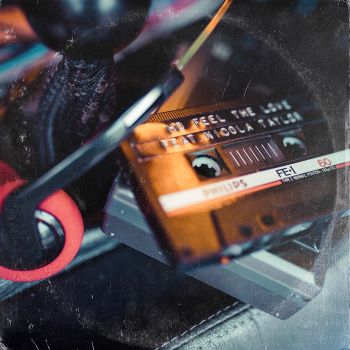 HD is the musical alter ego of bassist/producer BENJAMIN RACE. Ben has quite a CV. He’s worked with people like The Doggett Brothers, Mark Di Meo and  The West Coast Soul Stars; he’s played at prestigious venues like Camden’s Jazz Café; and he’s worked live with Alexander O’Neil, members of Incognito, and Jamiroquai. Moreover, his debut album, ‘Everything Is Energy’ was well received by the soul community.

Ben/HD’s been busy back in the studio and is all set to release a new single next week. It’s a lovely, up-tempo slice of Brit soul optimism called ‘Feel The Love’ . It features a wonderfully soulful vocal from Nicola Taylor. Don’t know too much about Ms T but she sure convinces on ‘Feel The Love’, supported of course by Race’s rock solid bass lines with Rob Harris on guitar (Jamiroquai), Pete Ray Biggin on drums (Level 42, Incognito, Chaka Khan, Amy Winehouse), Bryan Corbett on trumpet (The Brand New Heavies) and Chris Bowden on Saxophone (4 Hero).

We’re told that the single will be accompanied by an official music video which features a DMC DeLorean ‘Back to The Future’ car/time machine. The car was originally built by members of the Universal Studios restoration team. But  hey…. it’s what in the grooves that counts – not the visuals! And HD’s ‘Feel The Love’ is some tune! Recommended and out September 24th!