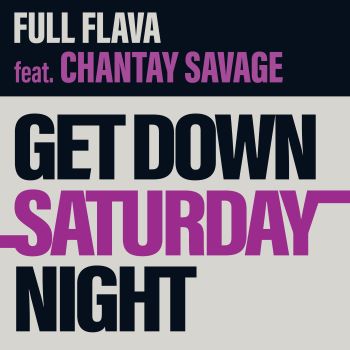 The modern soul crowd will be glad to learn of the upcoming, big style return of FULL FLAVA. The team – created by Birmingham-based UK producer/songwriter/keyboard player Rob Derbyshire – released their first album ‘Chinese Whispers’ in 2000, and it has been followed by three further albums, all  on Dome – ‘Colour Of My Soul’, ‘Music Is Our Way of Life’ and ‘Sweetest Flava’  – each one yielding countless soul treasures.

Full Flava’s been a little quiet over the past few years. Rob’s been busy on other projects – notably  working with bands like One Direction, Westlife and Little Mix. So we can let him off!

His music, though, has been in the spotlight via  a series of carefully curated remixes and reissues of some Full Flava classics like the Rob Hardt mix of ‘The Glow Of Love’, Nigel Lowis’ re-tread of ‘Too Much Too Late’  and the Blue Lab Beats’ reimagining of ‘Stories’.

Now the really good news – October sees the release of a new Full Flava album, ‘Refreshed’. It will feature a generous 20 tracks  and there’s a mixture of those remixes and some new music – like a cover of ‘Nature Boy’ and an ab fab new version of Oliver Cheetham’s ‘Get Down Saturday Night’ which features a sassy vocal from Chicago soulstress Chantay Savage. It’s the album heralding single and comes hugely recommended… great song, great producer, soulful singer – what’s not to like!!!