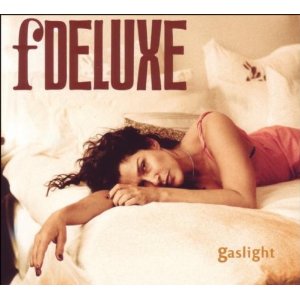 Remember THE FAMILY? They were an ’80s Minneapolis-based band masterminded by PRINCE and their self-titled 1985 album for Paisley Park spawned a Top 10 US R&B hit, ‘Screams Of Passion’ and included the first released version of the Prince-penned ‘Nothing Compares 2 You‘ (later a big pop hit for Sinead O’Connor). Now the cult band has reconvened though they’ve had to change their moniker (they’ve adopted the name fDeluxe) as Prince owns the rights to The Family name. Comprising Paul Peterson (aka St. Paul), Susannah Melvoin (sister of Wendy Melvoin, formerly in Prince’s band, The Revolution), erstwhile Time guitarist Jellybean Johnson and sax man, Eric Leeds, the band’s new album is called ‘Gaslight.’

An addictive meld of funk, jazz and pop flavours, it’s due for release via Art Of Groove Records on November 14th.

fDeluxe are also scheduled to appear in the UK sometime in January 2012 for some concert dates.