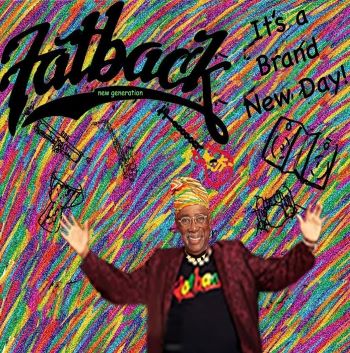 The (yes!) legendary FATBACK BAND have some “new” music out courtesy of UK specialist label Ace Records. It’s a single credited to The FATBACK BAND NEW GENERATION and features two songs, ‘Brand New Day’ and ‘Dem Words’ . The latter first emerged in 2010 on an Ace Cd credited to BILL CURTIS AND FRIENDS WITH THE FATBACK BAND (Curtis, of course, is the band’s drummer and only original member) so I’m guessing that ‘Brand New Day’ was recorded about the same time, hence “new”, though I stand to be corrected.

‘Dem Words’ is a strong and steady soul groove (couldn’t be anything else with Curtis behind the kit) with feisty vocal from Isabella Dunn Gordon. The “other side”, ‘Brand New Day’ features Ms Gordon too and it’s a lovely, light but still soulful confection that should appeal to the modern soul crowd.

Both cuts are different to the classic Fatback sound of ‘I Found Lovin’’, ‘Spanish Hustle’ and ‘Do The Bust Stop’ And if you need reminding of those great old tunes, go to our “one to watch” video box (right or bottom of your screen depending on your device) and enjoy the Fatbacks in full flow exhorting us to do the bus stop!!!