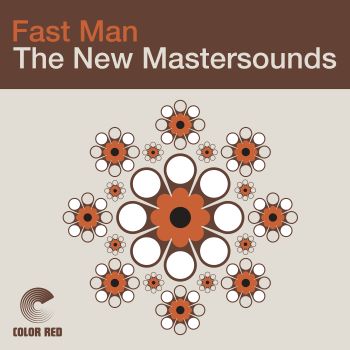 THE NEW MASTERSOUNDS blasted their way out of Leeds over twenty years ago and through various personnel changes (Corinne Bailey-Rae was a sometime vocalist) they’ve built up a loyal following particularly on Continental Europe, where their live shows are always sell out affairs.

For their 2021 recording debut they turn the clock way back to their genesis by releasing a track they recorded in 2001 – a cover of The PC Limited’s ‘Fast Man’. The raucous and rough funk meander was then (and still is) a highlight of the band’s live shows and though they laid it down some 20 years ago, it didn’t make the cut for the team’s debut album and it’s kind of lain fallow since!

The NMS explain: “’Fast Man’ was recorded as part of our first album ‘Keb Darge presents…’. However, it didn’t make it to the album that was originally released 20 years ago (2001). This was actually because shortly after recording it, we became embarrassed by the break with us shouting out ‘M.A.S.T.E.R. We’re The Mastersounds’, as we thought people would say ‘who the hell are they anyway?’ 21 years later, it seems pretty funny that that’s what stopped it making the cut, so for the re-master and re-press of our first album we decided to include it, and also release it digitally as a single for the first time ever!”.

‘Fast Man’ is good to go now on Color Red where you can investigate a lot more New Mastersounds material.