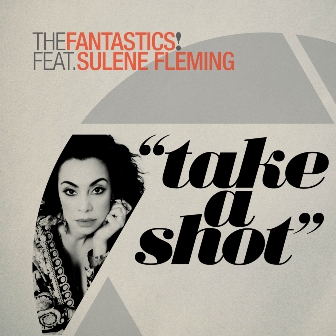 The Fantastics! are a London-based band who came into being in 2003 when organ grinder Greg Boraman left the Soul Destroyers to join the Soul Saviours. Soon, the Saviours – with a new-found confidence – became the Fantastics!  and they were soon winning plaudits from critics and gig-goers alike. Their 2009 album ‘Mighty Righteous’ was well received and two years later their ‘All The People’ LP consolidated their position.

It’s been a while but the band are now working on a third album…’Take A Shot’ – coming soon! In the meantime the title track has just been released as a single. Fronted by Sulene Fleming (ex Brand New Heavies and now working as Dimitri and Sulene), the track is a feisty, soul groove topped with a gritty sax solo and it continues where Fleming and the band left off when she fronted their ‘All The People’ album.

’Take A Shot’ also comes in a mixes from Richard Earnshaw, all of which take us into soulful house territory. For you edification you can choose various “little big” mixes, “little big TV” mixes and the obligatory instrumentals. In all there are six mixes and they’re good to go right now on bbe Records.