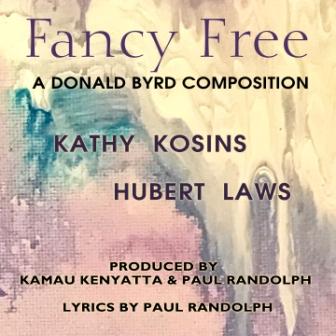 Detroit chanteuse KATHY KOSINS is a very busy lady! She’s still doing rather well with her album ‘Uncovered Soul’ and singles (several remixed) have kept her name up there where it rightly deserves to be.

Ms KK has also found time to add her vocals to a brand new track…. a new version of the Donald Byrd 1970 classic ‘Fancy Free’ and the jazzy smoulderer has just won single release on her own label. The cut is a collaboration with rising Afro-Cuban singer Dayme Arocena who adds her svelte tones to the percussive chorus. The legendary Hubert Laws takes the sinuous flute parts that were laid down by Jerry Dodgion on the original Byrd recording. The new lyrics, by the way, come courtesy of another key member of the current Detroit soul and jazz mafia – Paul Randolph