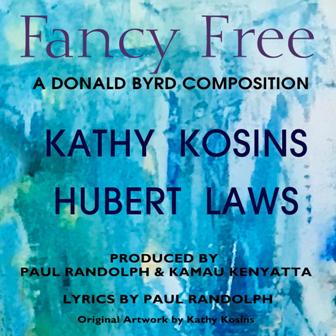 It was the summer of 2018 (I think) when we enjoyed Detroit chanteuse KATHY KOSINS’ classy version of  the Donald Byrd 1970 classic ‘Fancy Free’. The cut was a collaboration with rising Afro-Cuban singer Dayme Arocena who added her svelte tones to the percussive chorus while the sinuous flute part was taken by Hubert Laws (anoraks will know that Byrd version featured Jerry Dodgion on flute). The lyrics, by the way, come courtesy of Detroit’s Paul Randolph and production was by Kamau Kenyatta.

‘Fancy Free’ won plenty of support and has just had a subtle makeover and update to celebrate the song’s 50th anniversary. Hear it on a savvy soul and jazz station very soon! Out now!