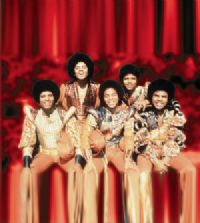 The UK press might be happily reporting the JACKSON FAMILY are considering re-locating to the tiny Devon resort of Appledore, but the US papers are being less kind to the once mighty musical dynasty. The New York Post recently claimed that they’re currently going through some hard times. The paper interviewed three of the nine Jackson children and looked into their finances, learning that one of the brothers stocks groceries, another repairs cars and others live at home with parents, JOE and KATHERINE, who, themselves, are at risk of losing their five-acre mansion. MICHAEL, who has given money to his brothers in the past, seems to have turned his back on them. He never made good on his promise to take them back on tour after his 2004 child molestation trial ended. The last time they shared a stage, he paid them each just $1,100 dollars, according to the Post, for performing at his 2001 star-studded concert where he celebrated 30 years in the music business. In contrast, he reportedly paid MARLON BRANDO $1 million just to appear. Of course, one reason for this may be that MICHAEL has his own financial troubles to worry about. The JACKSON sisters, on the other hand, seem to be financially stable. JANET is even rumoured to be the family breadwinner. She’s said to be worth upward of $150 million. According to the Post, she sends money home to the family and has purchased a Las Vegas home for her parents.
JERMAINE JACKSON does not work or have a regular income. He shuttles between his parents’ mansion and his girlfriend’s home in Ventura County, Calif. JACKIE JACKSON struggles to manage his son SIGGY’S aspiring rap career after failing at a start-up Internet clothing business and earlier attempts to produce music. According to the Post, he lives at home with his parents. RANDY JACKSON, the baby brother, performs odd jobs, such as fixing cars in a Los Angeles garage owned by a family friend. MARLON JACKSON now stocks shelves at a Vons supermarket in San Diego. TITO JACKSON is the only one of the brothers still making music; TITO is a guitarist who fronts a blues and jazz band. According to the Post, his band plays at small venues and earns between $500 and $1,500 per gig. LA TOYA JACKSON has little contact with her siblings today. Said to be a millionaire by the New York Post, the former Playboy cover girl earns a living mostly in Europe and the United Arab Emirates, where she judges beauty and singing contests. REBBIE JACKSON, oldest JACKSON child, scored a moderate hit with “Centipede” in 1984 and followed up her debut gold album with three less successful albums, before quietly retiring from the music business. Seemingly the most stable of the JACKSON kids, REBBIE has been married to her childhood sweetheart, NATHANIEL BROWN, for more than 35 years. They have three children and live in an exclusive enclave of Las Vegas.