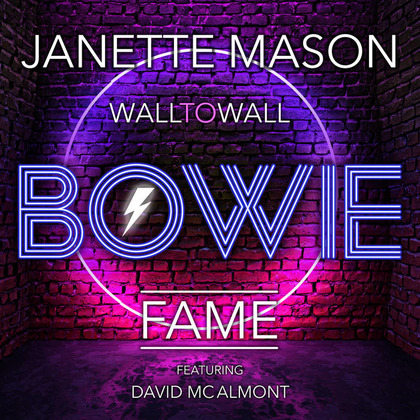 David Bowie’s iconic 1975 track, ‘Fame’ – which the “Thin White Duke” co-wrote with John Lennon and Carlos Alomar – is regarded as a classic slice of funk-rock but it’s now been given a fresh twist by British pianist, Janette Mason. The London-based musician, whose numerous credits include Oasis, Seal, and k. d. lang, has created an inspired new arrangement that increases the song’s funk quotient and adds some delicious jazz elements as well. She’s also brought in noted singer David McAlmont,  whose sublime vocals soar above a syncopated backdrop created by Mason and her cohorts; guitarist Rob Harris, bassist Yolanda Charles, and drummer  Andrew Small, who combine their talents to concoct a compelling synergy.

‘Fame’ is Mason’s latest single from her Bowie-inspired EP, ‘Wall To Wall Bowie,’ which is released next month. Interestingly, the pianist has a Bowie connection: she currently plays in Bowie’s producer Tony Visconti’s band, Holy Holy.

Janette Mason’s new single ‘Fame’ is out now and is available on all good downloading and streaming platforms.