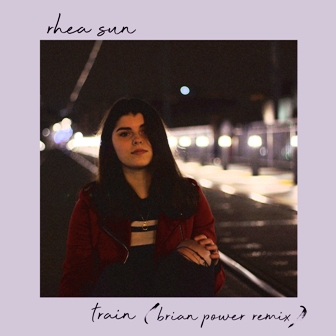 One of this year’s most intriguing soul singles has been the quirky, Spanish tinged, 90s vibe of ‘Train’ from Portuguese singer RHEA SUN. Released on Mark Morrison’s Macklife Records and produced by Shaun Bailey, ‘Train’ has clocked up 70,000 streams on Spotify since it chugged out of the station in April!

Right now it’s picking up real speed as it reappears in a new Soulful House mix courtesy of BRIAN POWER. Mr P cranks up the engines and transforms what was a gentle, pleading mid-tempo groove into a potential summer club floor filler! This new ‘Train’ has already been chosen as ‘Traffic Jam of the Week’ on Mi-Soul by top radio DJ Ronnie Herel and its picking up more and more passengers all the time… out now!