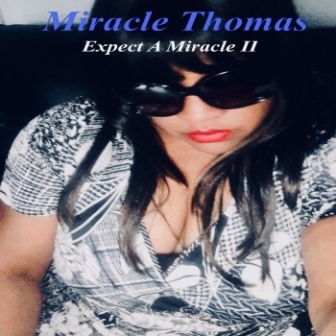 Last year the soul world was mightily impressed by newcomer MIRACLE THOMAS . The Virginia-born and Patti Labelle-mentored singer won plenty of plaudits with her five track EP, ‘Expect A Miracle’ which featured the lovely ballad ‘You Take My Breath Away’ to which many soul commentators made comparison with the best of Anita Baker.

Miracle is readying a new collection – we’re not sure yet whether it will be an LP or an EP – but the four “leaked” songs show that the young lady is carrying on from where her last recording left off. One song in particular, ‘The Things You Do’ won’t end the Anita Baker comparisons. The other three cuts are a tight and soulful ‘I Want You’, the strongly narrative ‘No More’ and ‘Undercover Lover’ – another tale of illicit romance that’s already winning airplay!