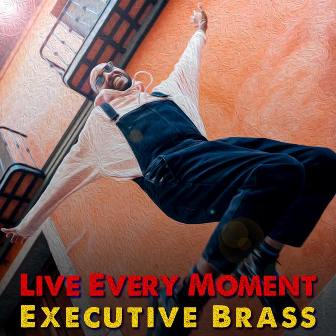 EXECUTIVE BRASS is a San Francisco music collective formed by sax man Lincoln Adler and trumpeter Phil Adams. The pair met as music students at University of California at Berkeley and formed the band to deliver their cross genre approach to making music, citing their influences as jazz, R&B, soul and Latin.

The band has just released a single and ‘Live Every Moment’ does offer a mix of sounds… it’s funky, there’s a jazz cross current, a soulful vibe and a Latino inflexion in its rhythmic structure. Helping the team deliver their cocktail is celebrated vocalist Tony Lindsay – best known for his award winning work with Santana.The uplifting ‘Live Every Moment’ is out now.