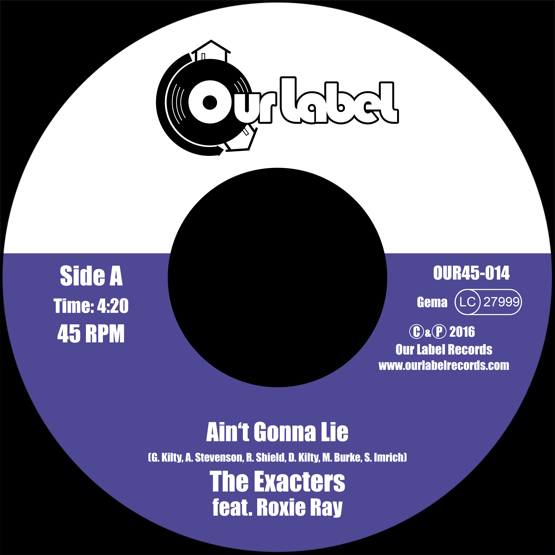 THE EXACTERS are a hard, driving funk trio from Manchester. They comprise Guy Kilty (bass), Alex Stevenson (guitar) and Rob Shield (drums) but to make their debut single that little bit special they’ve drafted in some guests…. notably Guy’s former Dojo Cuts bandmate, Roxie Ray and trumpet maestro Matt Burke who arranged and produced the down home horn parts that feature on both sides of the new single.

The A side is a loose, ‘Express Yourself’ kind of thing called ‘Ain’t Gonna Lie’ which is graced by Roxie’s rough-hewn vocal. The horn parts are rather special too. The disc’s putative B-side is a loping funk instrumental, ‘The Ashes’. It has its roots in the sparse sound of New Orleans and once again horn man Burke adds some hypnotic brass lines and a jazzy solo.

The single is being released as a limited edition vinyl 7″ and you can find out more @ www.theexacters.co.uk