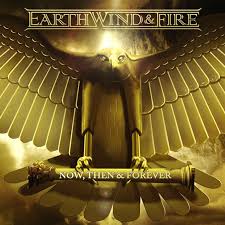 The legendary EARTH WIND & FIRE are all set to release their first studio album in over 8 years. Legacy Recordings have just announced that the multi Grammy winners will be issuing ‘Now, Then & Forever’ on September 9th.

EWF are now essentially a trio – PHILIP BAILEY, VERDINE WHITE AND RALPH JOHNSON. BAILEY – a group co-founder says, “The Now, Then & Forever album is really about the legacy of EARTH, WIND & FIRE. The spirit of the band has always been about uplifting the consciousness of humanity. There’s a hope that this EARTH, WIND & FIRE music will go on forever.” VEDINE WHITE, another co-founder added, “The album gave us the opportunity to tie everything together musically and culturally. Without the support of the fans around the world, the EARTH, WIND & FIRE journey would not have been possible. We dedicate this album, Now, Then & Forever, to all the fans.”

And for the fans there’s a very special opportunity to get involved with the project. For a limited time, fans will be able to pre-order ‘Now, Then & Forever’ at www.NowThenandForever.com A pre-order of the album will allow the fans to have their personal names printed in the album’s final CD package. This site will also feature the premiere of the lead single, ‘My Promise.’