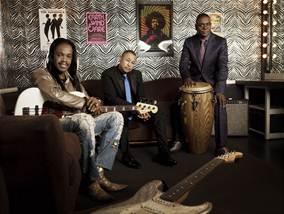 With the success, of their sold-out shows last year and the release of their critically acclaimed album ‘Now, Then & Forever’ – EARTH WIND & FIRE will be returning to the UK for a mini tour in September.

The tour will take in Liverpool’s Echo Arena on September 9th and Bournemouth’s BIC on the 10th. In addition the new-look, trimmed down EWF will headline ‘The Last Night Of The Proms In The Park’ on September 13th when 40,000 fans are expected to pack London’s Hyde Park.

Tickets go on sale: Friday, June 6th at 9am