EVERY DAY IS A HOLIDAY…. 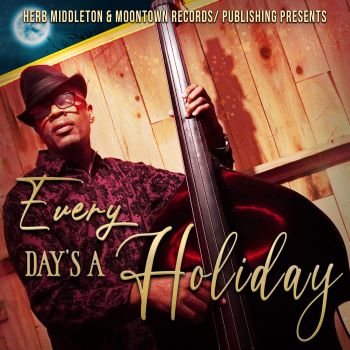 Veteran soul/R&B producer/songwriter/entrepreneur HERB MIDDLETON is gearing up to release a whole album of his work – he says “to share his gifts of love, music and life”. And the album title kind of encapsulates that sentiment. Herb has dedicated the long player to his wife of 27 years because, he says, with her “every day is a holiday”… and that’s the long player’s title!

To whet appetites   the album title track has just been released as a single and this ‘Every Day Is A Holiday’ is a moody but gentle ballad featuring vocals from UK songbird JAZZE -who you might remember from her single ‘It’s Our Love’ – a number 1 Best Selling Single on the Soul / R&B and Easy Listening Charts on iTunes & Amazon respectively.

We believe that the single ‘Every Day Is A Holiday’ is out now and the album (with the same name, remember!) is due at the end of November. It looks like it’s going to be interesting with contributions from Ann Nesby, Alyson Williams and Maxine Jones (former original member of En Vogue).There’s also a tribute to Herb’s brother David who died earlier this year. The tribute is a Barry White  flavoured ‘Have Your Self A Merry Little Christmas’ with vocals from amazing White soundalike The Journal.