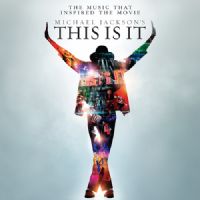 At the stroke of 12 a.m. (midnight) EST on October 12th, a never-before released song from MICHAEL JACKSON – a single entitled ‘This Is It’ – was unveiled to the world on www.MichaelJackson.com . ‘This Is It,’ a brand new song, features backing vocals by Michael’s brothers THE JACKSONS, and it plays during the closing sequence of Sony Pictures’ forthcoming film ‘MICHAEL JACKSON’S THIS IS IT’. Sony Music Entertainment will release a two-disc album ‘Michael Jackson’s This Is It’ internationally on October 26th to coincide with the worldwide release of the motion picture, which arrives in cinemas in the same week. Disc one features the original album masters of some of Michael’s biggest hits such as ‘Billie Jean,’ ‘Smooth Criminal,’ ‘Human Nature,’ and ‘Thriller’ arranged in the same sequence as they appear in the film. The disc ends with two versions of ‘This Is It,’ the original and an orchestral version. Disc two offers fans a rare listen to the early demo versions of classics ‘She’s Out Of My Life,’ ‘Wanna Be Startin’ Somethin’,’ and ‘Beat It’. This disc also features a recently discovered spoken word poem from Michael Jackson entitled ‘Planet Earth.’