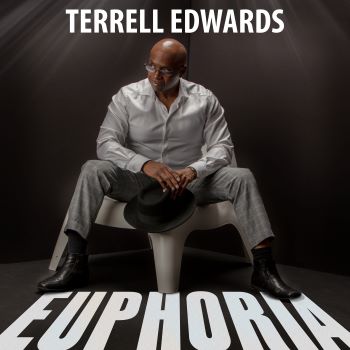 TERRELL EDWARDS is a US soul man who though born in Milwaukee, now works out of Canada. He has a trio of albums under his belt but now he’s working with the tried and tested team of Preston Glass and David Nathan. The trio are working on album from which the single, ‘Euphoria’ has just been released.

Co-written by Preston and Philly’s Vinnie Barrett (you’ll love his classic ‘Sideshow’), the song is a bubbly, feel-good affair which Mr E handles with a carefree aplomb while a soulful sax break from Cal Rutherford adds some spice. Out October 7th via Platinum Garage/Soul Music Records.