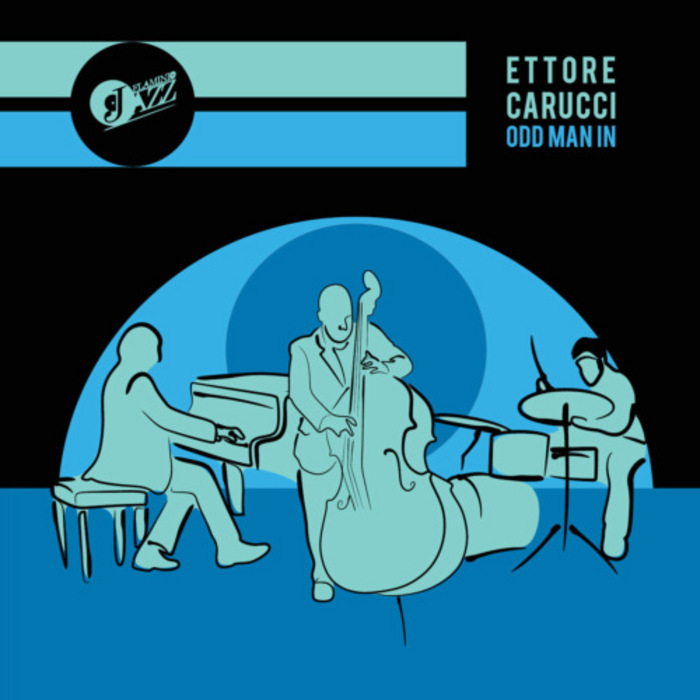 ETTORE CARUCCI is an Italian jazz pianist and composer. Born in Taranto in 1969, he began playing piano at the age of four … going on to gain diplomas in classical piano. In 2001 he studied in Boston and gained valuable experience in the jazz clubs of the Eastern seaboard. Back in Italy he built a solid reputation – working with all the major players on the thriving Italian jazz scene becoming a semi-permanent fixture at Milan’s Blue Note club.

ETTORE has just released his latest long payer. ‘Odd Man In’ is essentially a jazz trio set with his piano tastefully supported by LUCA ALEMANDO’S double bass and DARIO CONGEDO’S drums. It’s a gentle, laid back collection though many of the tracks have unusual time signatures… hence the album’s title, Using odd meters (in much the same way as JOSHUA REDMAN) allows CARUCCI to show off his deft keyboard technique whilst retaining a warm and welcome sensitivity.

Nine of the ten cuts are original numbers with two – ‘Good Luck’ and ‘Take It Slow’ featuring vocals. The former is graced by CAROLINA BUBBICO and has a lovely summer vibe about it; the latter features a more robust ORLANDO JOHNSON who takes the song into GREGORY PORTER territory.

The album’s only cover is a gentle, beguiling version of DIZZY GILLESPIE’S ‘A Night In Tunisia’. You can find out more @ www.antibemusic.it