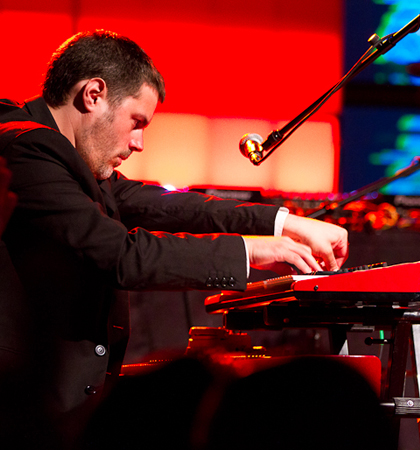 ETHAN WHITE – the keyboard player with soulful house group, Tortured Soul – has died. He was aged just 39. Details are sketchy but internet reports suggest that he died at the end of last week.

As a child White studied classical piano but in his teens he turned to jazz and played regularly in New York clubs, like Birdland. In the late 90s he joined US Acid Jazz outfit Topaz. Then, with drummer Christian Urich and bassist Jason Kriveloff (later replaced by Jordan Scanella) he formed Tortured Soul, a trio that was soon a top draw in the dance clubs of NYC. As their name implies, their stated aim was to bring Jazz and soul sensitivities to house music and make it less mechanical and electronic. In the UK and Europe, Tortured Soul are perhaps best remembered for their ‘Always Heaven’ track which was issued on the old Susu label.

In recent years Tortured Soul worked out of New Orleans

White also collaborated with the DJ, Ed Dunn in Dunn Easy and in 2007 he released a single, ‘Find The Way’ under his own name.

Ethan White is survived by his wife, Tarrah and twin babies and a fund has been set up to help support them. Donations can be made via www.gofundme.com/o2vkvk