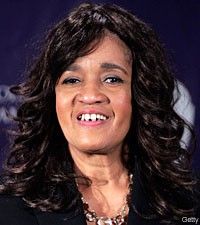 The name ESTELLE BENNETT possibly means very little to most soul fans but as a founder member of the RONETTES she helped create some iconic 60’s soul music. Sadly, ESTELLE died at her Englewood, New Jersey home on Wednesday, 11 February. She was 67. Back in 1959 along with her sister RONNIE and family friend NEDRA TALLEY she formed a group that eventually assumed a name based around the charismatic lead voice and stunning looks of her sister, RONNIE – the RONETTES. The group won the attention of PHIL SPECTOR who worked with them extensively – and, of course, he went on to marry RONNIE. SPECTOR, the girls and the musicians of that famed Wall Of Sound crafted countless pop soul classics – including ‘The Best Part Of Breakin’ Up’,’ ‘Keep On Dancin’, ‘You Baby’, ‘Walking In The Rain’,’ Do I Love You’, ‘Baby I Love You’ and the masterful ‘Be My Baby’. The RONETTES split in 1966 and though RONNIE forged a reasonably successful solo career, ESTELLE was happy, it seemed, to fade from the spotlight. She did however join with the rest of the group in suing SPECTOR for unpaid royalties in a case that dragged on for years. ESTELLE BENNET is survived by her daughter and three grandsons and the music she helped create will be her lasting legacy. Esteemed critic DAVE MARSH places ‘Be My Baby’ at number 20 in his ‘Heart of Rock and Soul’ classic listing of the greatest records ever made, describing it as “ a rock and roll cathedral… SPECTOR’S greatest masterpiece“. There’s few who would argue.