ESSENTIAL FUNK (AND MORE) FROM BROOKLYN….. 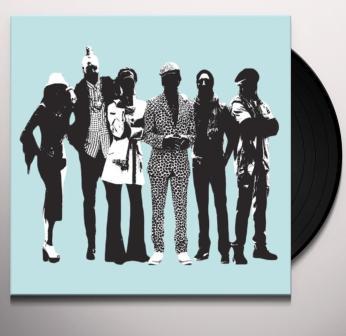 And yes, the band peddle plenty of funk – the clue’s in the name, but there’s a lot more than raw, powerful funk on offer here. For starters, try the album’s closer…a wonderful version of Alison Limerick’s 1990 hit ‘Where Love Lies’ … and guess who the band bring in for the vocals here? Yes – Ms Limerick herself! Alison penned the song with Lati Kronlund and this new take is irresistible, as is another Limerick fronted outing, the LP’s title cut – a sinuous, smouldering funk groove and another Limerick/ Kronlund song. Ms Limerick is also at the mic for the sweet soul groove, ‘Ain’t Nothing’ – a duet with guitarist Desmond Foster.

‘Watcha Want From Me’ is another album highlight. It was originally titled ‘Whadda U Want (From Me)’ and Kronlund co-wrote it for the late Frankie Knuckles’ second record. This new version features updated lyrics inspired by the Black Lives Matter movement.

The album’s real gem though is a very gentle ‘Breeze On Me’. More a vibe than a tailored song, it’s a cover of a little known Leena Conquest tune that was released by boutique soul label Cafe De Soul way back in 2002. It makes a wonderful counterpoint to some of the funkier outings and it has the potential to be one of this year’s big tunes… give it a try!