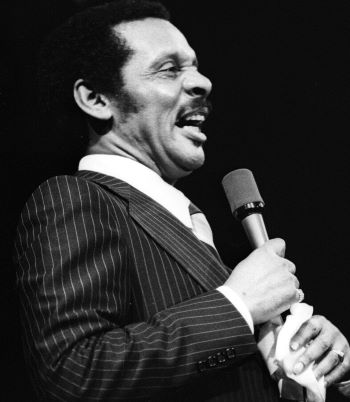 US sources are reporting the death of veteran jazz and blues singer, ERNIE ANDREWS. It’s reported that he died on Monday 21st February aged 94. It seems  he’d suffered a broken hip from a fall, he was taken to a hospital in Conroe, Texas, where he passed away late Monday evening.

Andrews was born in Philadelphia in 1927 and started singing in church. After the family moved to Los Angeles, he won a record deal and aged just 17 enjoyed his first hit with ‘Soothe Me’ – one of the best-selling singles of 1945. On the strength of that he went on to become singer with the Harry James Orchestra. He went on to work with people like Cannonball Adderley and Kenny Burrell. He enjoyed a lengthy recoding and performing career. Respected by his peers, he never quite made the major leagues. Oddly,(maybe) his 1965 Capitol Recording ‘A Fine Young Girl’ enjoyed some success on the Northern circuit while his bluesy ballad ‘I’m falling For You’ was a 60s mod favourite. Both were much in the Lou Rawls vein.