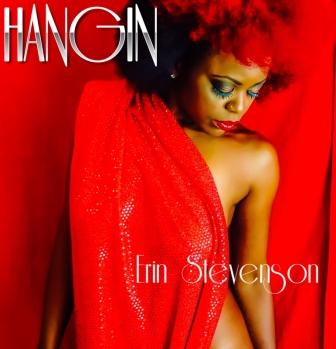 Soul and R&B anoraks might recognize the name ERIN STEVENSON. Aged just 10 the Houston native was a member of Girls Tyme who were later to morph into Destinys Child – without Erin, of course.

Since then Ms S has sung bvs for people like Janet Jackson, Jennifer Lopez, Rihanna, Jamie Foxx and John Legend and she’s currently working with Duran Duran (but don’t hold that against her!)

She’s also forging her own solo career and last autumn plenty of people were impressed with her single ‘Naked’ – shades of the dear old Gap Band. We were told that the track was the title tune to her upcoming album and said long player is now with us.

The ‘Naked’ cut still sounds good as does another dance groove, ‘Work’. Sadly too much of the rest relies on too many electro effects to connect – save for one hugely, gorgeous track…. ‘Hanging’. This is a sweet and soulful rolling mid-tempo groove right out of the classic Whitney bag. It’s the album’s clear standout. Erin’s people (Top Notch Music) clearly think the same way as they begin to push it as the album’s lead-off single.