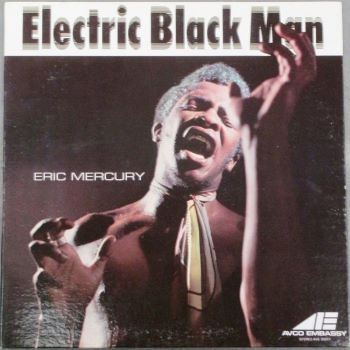 Cult Canadian soul singer Eric Mercury has died. His niece Lee Ann Mercury posted the sad news saying that the Toronto-based Eric died on Monday 14th March. He was 77 and died after a battle with pancreatic cancer.

Mercury had been active since the 50s when he fronted local Toronto bands like the Pharaohs the Soul Searchers which also featured singer Dianne Brooks. To further his career he moved to Chicago in 1968 and decided to  go solo. He signed a deal with Avco Embassy who released his debut LP ‘Electric Black Man’. Three more albums followed – the best known, possibly, ‘Funky Sound Nurtured in the Fertile Soil of Memphis’ which was released on the Stax subsidiary Enterprise.

In the 80s Eric worked as a writer and producer. He collaborated with Stevie Wonder on songs and worked with Roberta Flack. He also appeared in the movies ‘American Hot Wax’  and ‘The Fish That Saved Pittsburgh’.