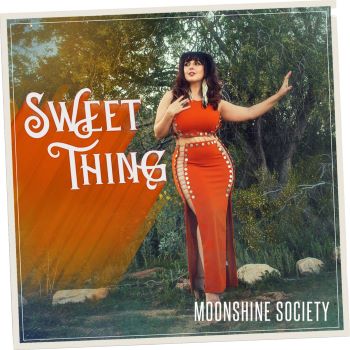 MOONSHINE SOCIETY are a US contemporary blues band who have just released their second album, ‘Sweet Thing’.

The Moonshiners are fronted by feisty vocalist Jenny Langer who is also the band’s main song writer. Eight of the 12 cuts on the album were penned by Jenny. They range from the 60s Chicago flavoured, harmonica fuelled  title track to the funky ‘Shake’.

The album’s covers include versions of ‘I’d Rather Go Blind’ and Bill Withers’ ‘Use Me On Gilded Splinters’.