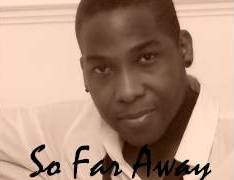 CLIFTON END may not be a well-known name on the UK soul circuit, but odds are that by year end he’ll be enjoying a high profile on the back of an upcoming album and a stunning new single that’s just become available.

Clifton End was born in Curacao – part of the Dutch Antilles, just off the coast of Venezuela – and he found music at a young age. He began recording aged just 15 in a gospel quintet called Genesis, then he moved up to a secular 13 piece called Gio and with them he enjoyed 3 local top 10 hits.

In 2001 Clifton relocated to Mallorca and worked the tourist circuit in an EWF tribute band … in which his frail falsetto could easily have been mistaken for Philip Bailey. More work followed in tribute shows to the 4 Tops, and then in 2006 he arrived in the UK to continue treading the tribute band path.

Now residing in the Netherlands, Clifton is putting the finishing touches to his first proper solo LP. He’s working with US soul singer Freddie Lee Peterkin and 5AM producers Tony Bean and Colin Bassett and that team have just released the first single – a gentle, insinuating soul groove called ‘So Far Away.’ It’s a great tune but the big attraction is Clifton’s remarkable voice… no wonder it’s already winning air play on discerning soul stations.

CLIFTON END’S ‘So Far Away’ is available now via the usual download portals.