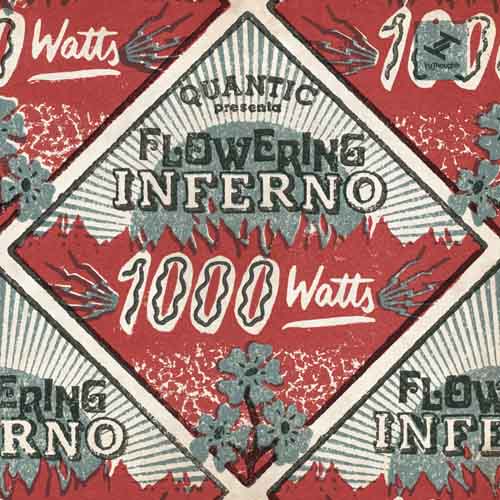 In his QUANTIC guise, UK muso WILL HOLLAND has released something like 15 albums in almost the same number of years! His newest offering is set for a June release and it’s Quantic’s third foray into the world of what he terms “tropical reggae and dub“. The 14 tracker, ‘QUANTIC PRESENTS FLOWERING INFERNO: 1000 WATTS’ is described as “pure reggae roots…. a set of classic style rhythms for the dance floor”.

Now, normally we wouldn’t feature a reggae album here but we do need to draw your attention to one very special track on the set. It’s Quantic’s version of Tammi Terrell’s ever-lovely ‘All I Do Is Think About You’. Soul fans will, of course, love Brenda Holloway’s version too and don’t forget Stevie’s own treatment as well!

Quantic, it seems, has long been a fan of the song and here he gives it a remarkable reggae makeover. The vocal’s down to Christopher Ellis and the cut’s embellished with lovely live strings – reggae with soul!

The album also features input from people like U Roy and Alice Russell and for those who like quirky instrumentals, try ‘Striding On Grand St’. The intro’s nicked from ‘I Second That Emotion’; then the cut opens up as if Booker T were doing reggae! Good but not as good as the cover of ‘All I Do Is Think About You’.