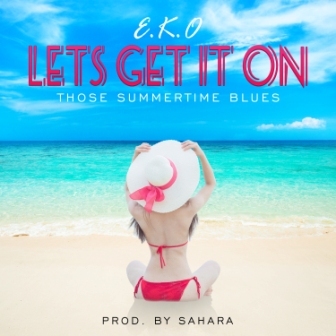 Don’t know too much about London new soul kid on the block, EKO save that he’s good enough to have been Alexander O’ Neil’s backing singer of choice!

EKO’s just released a very catchy single all of his own… ‘Let’s Get It On (No Summertime Blues)’. It owes absolutely nothing to the Marvin soul classic or the Eddie Cochran R&R oldie. Rather it’s a funky, little mid-tempo groove that grows with each play; maybe a tad too late… but a lovely summery feel! It’s out now on S.H. E. Records.