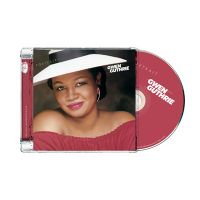 A couple of in-demand, hard-to-find ’80s soul albums get reissued on CD for the first time on the 3rd of October by Vinyl Masterpiece/PTG Records, a Dutch-based record label. The company reissued GWEN GUTHIE’S eponymous 1982 debut album a few months ago and follow it in October by releasing ‘Portrait,’ the singer’s sophomore opus from 1983. Like its predecessor, the album was issued by Chris Blackwell’s Island label and helmed by ace production duo, Sly & Robbie at Compass Point Studios, in Nassau, the Bahamas. As well as the original LP, the CD reissue includes Larry Levan’s radical Paradise Garage re-workings of the songs ‘Peanut Butter,’ ‘Hopscotch,’ and ‘Padlock.’
Also making its CD debut is the self-titled album by British soul duo TOTAL CONTRAST (comprising Robin Achampong and Delroy Murray), originally issued by London Records in 1985. The set was co-produced by Steve Harvey and features the UK hits ‘Take A Little Time,’ ‘The River,’ ‘What You Gonna Do About It’ and ‘Hit & Run.’ There are five bonus tracks, including the rare non-album 12-inch single ‘Be With You Tonight.’ For more details go to: www.vinyl-masterpiece.com

Look out for full reviews soon at www.soulandjazzandfunk.com