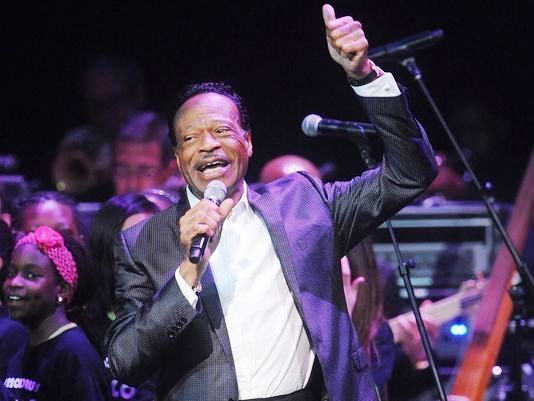 Gospel legend EDWIN HAWKINS died on Tuesday 15th January in California. He was 74 and had been suffering from pancreatic cancer for some time. His family announced via social media; “It is with deep sadness that we announce the passing of Dr. Edwin Hawkins –– a celebrated artist, innovator, and music icon. Though he will be greatly missed the world over, the message of love, life, and encouragement that he incorporated into his music gives us all the same hope that we’ll join him in heaven and sing ‘Oh Happy Day.'”

Edwin Reuben Hawkins was born in Oakland, California in 1943 and as a child sang with his neighbourhood church choir. With Betty Watson, Edwin went on to form the California State Youth Choir of the Church of God in Christ. Then, with the Edwin Hawkins Singers, he released the album ‘Let Us Go Into The House of the Lord’ which featured the song ‘Oh Happy Day’. The song went on to become a worldwide hit. In 1969, ‘Oh Happy Day’ reached No.4 on the U.S. charts, and No.2 on the U.K. charts and Hawkins was awarded a Grammy for the song. Hawkins himself was surprised by the success: “My mother had an old hymnal and I had a knack for rearranging hymns. ‘Oh Happy Day’ was an old hymn and I rearranged it. It was actually one of the least likely songs to become a hit. There were some much stronger songs on there.”

In the ensuing years Edwin Hawkins became one of the most influential men in Gospel, credited with bringing the music to a wider audience and helping pave the way for what came to be known as “urban gospel”. He won the ASCAP Gospel Icon Award and the President’s Merit Award, and he was an inductee in the Christian Music Hall of Fame.

It’s known that Hawkins had been ill for some time. He’s survived by his siblings Carol, Feddie, Daniel, and Lynette.