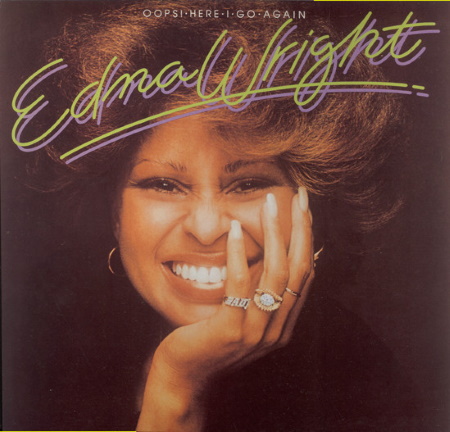 Los Angeles-born soul singer EDNA WRIGHT died on Saturday 12th September in Encino, California. Edna who also worked as Edna Perry and Sandy Wynns was 76 and reports suggest that she suffered from chronic obstructive pulmonary disease and suffered a heart attack in hospital. Ms Wright is best remembered for her work with Honey Cone.

Edna’s father was an ordained bishop and, so, naturally she had her music apprenticeship in church singing with her sister Darlene Love and it was through Darlene that Edna came into Phil Spector’s circle. Her first recording foray was in 1964 as part of Hale and the Hushabyes –a “supergroup” that featured Edna alongside Brian Wilson, Sonny and Cher and Jackie de Shannon. Edna then recorded solo as Sandy Wynns; her ‘Touch Of Venus’ becoming a big Northern tune. Enjoying limited success, Ms Wright went on to work bvs for people like The Righteous Brothers, Johnny Rivers and Ray Charles.

In 1969, Edna formed Honey Cone with Carolyn Willis and Shelly Clark who were then signed to Holland-Dozier-Holland’s Hot Wax label. In 1971, the group topped the charts with ‘Want Ads’ taken from the group’s album ‘Soulful Tapestry’. Other notable outings were 1971’s ‘Stick Up’, and 1972’s ‘One Monkey Don’t Stop No Show’ and ‘The Day I Found Myself’. By 1973 the H-D-H record empire was encountering business difficulties and dissent within Honey Cone saw them disband. (A different “Honey Cone” did record for a resurrected Hot Wax in 1976).

In 1977 Ms Wright released a solo album ‘Oops Here I Go Again’ on RCA – the title track eventually becoming a big tune on the rare groove scene. After that she returned to session work and more recently she worked in a touring incarnation of Honey Cone.

Edna was married to Greg Perry (a staff writer/producer/performer at Invictus/Hot Wax).

This last weekend Darlene Love posted the sad news of her sister’s death on Facebook, “I’m in complete shock and so heartbroken by the sudden loss of my beautiful baby sister.”