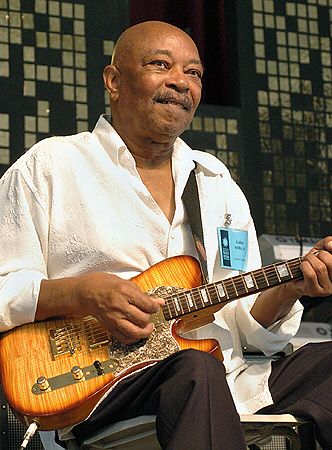 The death of Motown guitar legend, Eddie ‘Chank’ Willis, at the age of 82, was announced on Monday August 20 by his family. According to his daughter, Terez Willis, the Mississippi-born fretboard master succumbed to complications resulting from polio he contracted as a child.

A stalwart of Motown’s fabled Funk Brothers session crew (whose identities were kept under wraps for many years to prevent them being hired by other record labels), Willis played on myriad sessions for Berry Gordy’s iconic Detroit label in the 1960s and ’70s. The records he played on ranged from The Marvelettes ‘Please Mister Postman’ to ‘You Keep Me Hanging On’ by The Supremes and Stevie Wonder’s ‘I Was Made To Love Her.’

More recently, Willis, who was born in Grenada, Mississippi, on June 3rd 1936, appeared on Phil Collins’ 2010 album, ‘Going Back,’ which paid homage to the Motown sound