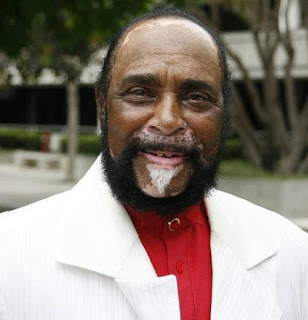 Though few details are available, it’s being reported that EDDIE LEWIS – founder member of R&B and early soul group, THE OLYMPICS died on Wednesday May 31st. He was the last surviving member of the original line-up.

Formed in the mid 50s, as the Challengers, the band were Walter Ward, Charles Fizer, Walter Hammond, Melvin King and Eddie Lewis and after their debut single, ‘I Can Tell’ flopped they changed their name to the Olympics. Soon they found success with the catchy ‘Western Movies’ which was followed by the hits ‘Hully Gully’, ‘Big Boy Pete’ and ‘Good Lovin” – which was also a hit when covered by the (Young) Rascals., In the UK and Europe several of their songs became classics on the Northern scene – notably ‘Baby Do The Philly Dog’ and ‘Mine Exclusively’

Charles Fizer was killed in 1965 in the Watts Riots and King left the group later that year. The group continued recording into the early 70’s and have remained a staple on the oldies circuit with both Lewis and Walter Ward and various stand ins.