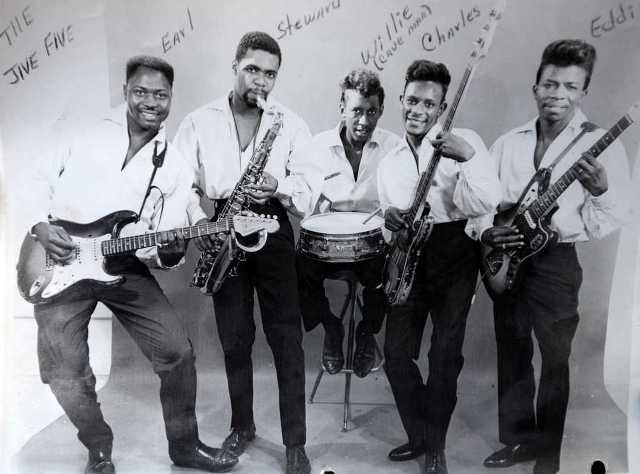 Blues and southern soul singer EDDIE GILES died “sometime last week”, according to various soul forums. Apart from the fact that he was 80, no other details are given.

Eddie was born in Frierson, Louisiana, in 1938 where he taught himself to play the guitar. After a move to Shreveport he joined a local gospel group, the Mt. Olive Humming Bees and played guitar for various bands on a Sunday morning radio show on KOKA. Then, in 1962, he swapped guitar for the bass and joined the gospel group, Pilgrim Jubilee. Soon though he embraced the “devil’s music” and formed the secular group Eddie Giles and the Jive Five. In 1967 the band recorded Giles’ song Losin’ Boy’ at the Murco studio down in Texas and the rough, plaintive tune quickly became a Billboard hit.

Eddie failed to enjoy more success and by the late 70s he was back in Shreveport singing with the choir in the local Baptist church. He later became a deacon and then a pastor at Salem Missionary Baptist Church for more than 25 years.

He also was a gospel announcer for more than 40 years, as well as a programme and music director at KOKA radio station. The station won the 2012 Stellar Award as an outstanding gospel radio station, as well as other accolades.

Giles released the album ‘I’m a Winner Now’ in 2003 and the title track was featured in a compilation gospel album in 2015.

Eddie is pictured extreme right in the wonderful archive picture above.