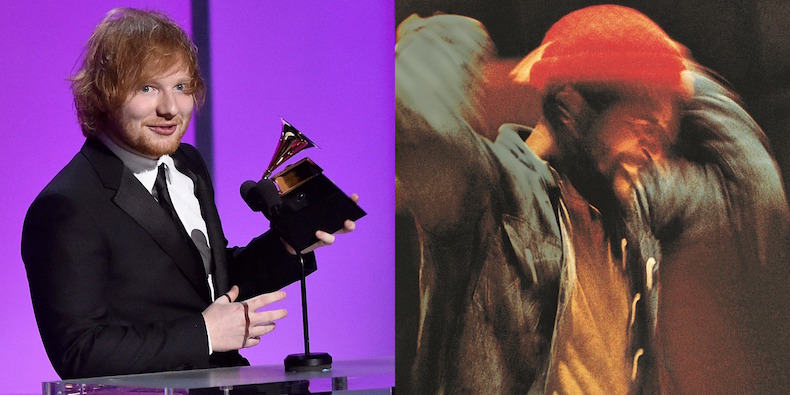 “Our man in the courts” reports that ED SHEERAN is about to be sued by the estates of MARVIN GAYE and ED TOWNSEND. Lawyers working for them claim that the tousle-haired popster’s hit ‘Thinking Out Loud’ is a blatant rip off of ‘Let’s Get It On’!

Court papers claim that “Sheeran copied the heart of ‘Let’s’ and repeated it continuously throughout ‘Thinking’. The melodic, harmonic, and rhythmic compositions of ‘Thinking’ are substantially and/or strikingly similar to the drum composition of ‘Let’s’.”

As yet there’s been no response from Ed Sheeran or his record label. Poor old Ed (Sheeran, that is) is also being sued over his song ‘Photograph’