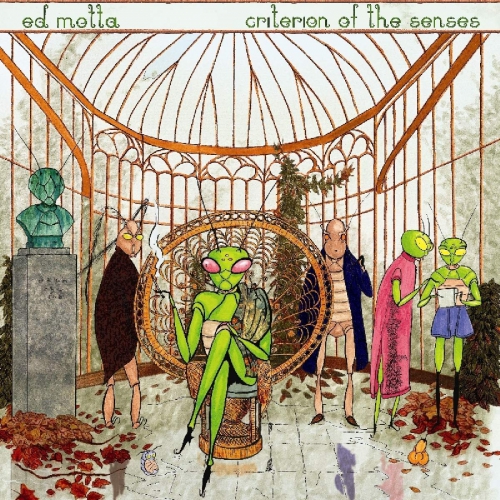 With 450,000 Facebook friends and followers, ED MOTTA, could hardly be described as Brazilian music’s best kept secret, though in the UK, he’s still regarded as something of a cult figure who is located at the margins of the mainstream. Motta’s been making music since 1987 but his last two albums, 2013’s ‘AOR,’ and 2016’s ‘Perpetual Gateways,’ ignited a lot of fascination here and helped to accentuate his profile in Europe. Now, hoping to capitalise on that interest and awareness, the Rio de Janeiro-born multi-instrumentalist returns with a brand new album via Membran/Must Have Jazz.

Those folks who were impressed by his past two musical exploits – which included the SJF team, avowed fans of the smoky-voiced singer/songwriter –  then his  splendid new album, ‘Criterion Of The Senses,’ is going to be a must-hear project. It contains eight new songs – all written, produced and arranged by the super-talented Motta, of course  – and follows a similar stylistic trajectory to both ‘AOR’ and ‘Perpetual Gateways’ by elegantly melding soul, funk and jazz with pop and rock. Imagine Steely Dan fronted by Donny Hathaway and you have a fair appraisal of where Motta is heading with his new album, though there’s nothing derivative about what he does. Look out for a full review and an interview with Ed Motta soon at SJF.