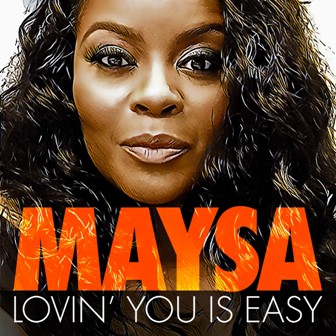 Right now we don’t have too many details, but via her social media, MAYSA has announced she has some new music on the way. She tells us that she’s been busy during the lockdown and next week (August 21st) she’ll be releasing a new single…. ‘Lovin’ You Is Easy’. It’s a sweet and sensual groove that perfectly sums up the laid-back and silky Maysa signature sound. The song’s been written by Rex Rideout, Michael Ripoll and Ms Leak herself and we’re guessing that there’s a full album out there too but as yet, no confirmation.