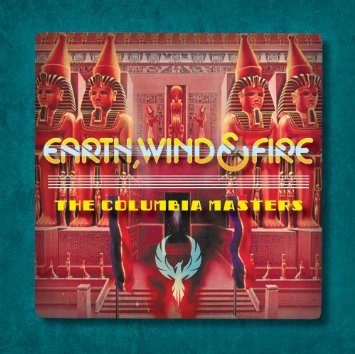 Riding high on the plaudits lavished by the critics on their brand new album, ‘Now & Forever’ (their first long player in eight years and which has just been released in the UK via Sony), the mighty EARTH, WIND & FIRE follow that up with ‘The Columbia Masters,’ a stupendous box set that chronicles their 15-album tenure with Columbia Records during the ’70s and ’80s.

The project was overseen by the group’s charter member, Maurice White, and contains 15 original albums (ranging from early gems like ‘Last Days & Time’ and ‘Head To The Sky’ to the ’70s blockbusters ‘All ‘N All’ and ‘I Am’), all of which have been remastered and are presented in replica mini-LP sleeves. White also contributes to a detailed 40-page booklet that accompanies the music. In addition to this there’s a bonus CD of material that includes rare and previously unissued songs (including studio outtakes and live performances) as well as some of Maurice White’s outside production projects (among them cuts by Ramsey Lewis and Jennifer Holliday). It all adds up to a must-have package for EWF fans.

Look out for the band’s forthcoming performance on Strictly Come Dancing  on Sunday 27th October.