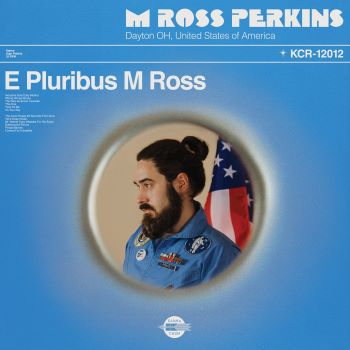 ‘E Pluribus M Ross’ is the title of a new album from Ohio-based singer/songwriter M ROSS PERKINS. Now Perkins is not a soul man by any yardstick. However, if you have a penchant for the lighter end of blue-eyed soul and/or harmony-laden pop à la Brian Wilson with a garnish of Americana, psychedelia, 60s beat and a lot more, then you’ll find much to enjoy in his pleasing 12 tracker. The fact that the album is released via Colemine subsidiary label, Karma Chief will also let you know that the music is sure to be authentic and quirky!

The album title, by the way, comes from the Latin motto on the Great Seal of the USA – “E Pluribus Unum” – out of many comes one . Now you know!